A downloadable game for Windows

Isabelle is a short first person horror game set in the fantasy dark ages where witches are feared by all.

Follow the grizzling story of Isabelle, the daughter of a renown baron, through journals left behind throughout the game by her father's adviser. Discover her past in the dark tunnels she has called her home for the last 20 years.

This game was made in 7 days for the Optical Jam #8.  All the art assets were created by me within the jam time. The music and soundscapes were created by Chloe DeMello specifically for the project and the sound effects were purchased from various packs from asoundeffect.com.

I stream most of my game development at https://www.twitch.tv/kindreddev

I played your game and had fun. I just wish there was more to it.

Hey! A few months ago I played your game! I really enjoyed it! The story was really good and enjoyable, the atmosphere was great! I felt like the witch could come around any corner! The scares got me pretty good too!

I also made a little video about it! :)

(It was one of my first horror video's so the quality is a bit lower than my recent video's).

Nice game atmosphere was fantastic looking forward to seeing what you do next :) https://www.youtube.com/watch?v=0WkuMXEE-PU&feature=youtu.be

Thank you for the experience!

A nice and short game keep it up and hope your next project get loads of attention.

Really impressed by this game! Very creepy! Hard to believe that you guys made this is 7 days. Awesome job!

Great job! Awesome Game! The storytelling is amazing, the graphics and the averall game! I hope you continue this story! Congrats! I Really liked it!

I actually made a video playing this amazing game with hilarious reactions. I hope you enjoy.

Reply
Nobody337 days ago

I love the atmosphere and story. I want ,more please!

Expect a chapter 2 this Halloween.

Great game! This was awesome! Had a lot of fun and loved how beautiful the assets were. Hope you enjoy the video!

Those doors had me nervous!

Thanks for the fun :D!

A short horror game thats well made! Defo check it out for a quick scare.

Reply
Hey It's Greg1 year ago

A nice creepy vibe during the entire game. My favorite part was definitely the shadow though. Would love too see more games from you!

Keep up the good work :)

I played this game for a 3 random horror games video, and the game isn’t bad. At the time of playing I thought it was very short and nothing special, but the fact (I later found out) that this was made for a jam and uses all its own assets makes it very impressive. Good job, I hope you keep making games!

I really liked it, especially the ending.

One of the best horror games I've ever played.  Really scared me to death.

Really enjoyed it, the sound design was amazing!

Reply
boylag1 year ago
So much creep.

It was definitely something lol. The atmosphere was tense, but no real monster or real scares, so can't give it too much praise but here ya go ppl of the net!

Never been so afraid of a book in ma life.. My body was moist after this one XD

This game was a great little taste of the potential of its developer. The atmosphere, the sounds, the scares everything was well thought out and paced. Especially considering this was made in a game jam. This was a really fun little horror game and  I can't wait to see what other things this developer makes in the future.

Pretty solid for a short game jam. I dig that you livestream all the development too. I felt like it was a little padded out at times with the distance between objectives (mainly because you couldn't run). The spooky hints leading up to the finale were well done. My favorite thing (which wasn't even related to the story) was the physics while holding objects. Being able to fling things around or spin them was just very entertaining and rarely seen in indie games. I filmed a bit of my time with it and put it together if anyone is interested in hearing more. Best of luck with your future projects!

I liked the atmosphere and graphics look nice.

Sorry for skipping the story, I didn't know I had to read the books,  my bad

Reply
Famed Killjoy1 year ago(+1)
Hey there, I just recently played through your game and wanted to write up a short review here sharing my thoughts on it. I'll just go over some things I liked, some things I didn't and any bugs I might have run into.

I'll start with what I liked. The game looks pretty good, the textures are sharp and the lighting is fairly well done, the character model for the witch is creepy though a little odd looking in terms of quality. The sound design is very well put together, the laughing and cackling of the witch echoing throughout the caves was incredibly unnerving especially as you get further and further in and the sounds used at specific trigger points sent shivers down my spine at times. The atmosphere of the game is constructed well, at first it leads you in with this somewhat bright open area and then later showers you in pure darkness shortly after showing you the witch, the game is definitely spooky and the atmosphere and the way things are presented/structured plays a big role in that.

I'll now go over some things I didn't like. The controls felt clunky and unintuitive at times, this was mostly in regards to reading the journals, as shown in the beginning of my video I had somewhat of a hard time figuring out how to actually keep them open. Another thing that I didn't really like was how the progression of "rooms" was pretty well identical every time; get a scare of some sort, find a key, open door, repeat, it isn't really that bad and I can't fault it too much considering the game was made in 7 days, I just found it tedious. Lastly, I didn't like how I could only carry one item at a time, now just because I didn't like doesn't mean this is actually a bad idea, being forced to take a key back through darkness to open a door is interesting and would have been the perfect opportunity to really scare the player.

Happy to report that I didn't run into any game breaking bugs throughout my time with the game.

Hope you don't mind but I made a let's play video of my time with the game for my channel.

Cheers and best wishes to you,

Witches get a bad rep in horror. Everyone is trying to subvert them - but every now and then, someone makes the classic tropes work, proving they are classic for a reason.

Isabelle was an awesomely spooky little experience (the floating skulls bit in particular got me good). Might make for a good concept for a bigger game, considering all teh crazy things witches are known for doing.

I played it here among a ton of other games for my big Halloween event - find your time code in the video description! And thank you kindly for the experience!

Absolutely loved the atmosphere you should make this into a full indie game!

find the key for this game

Gotta say I loved this demo! the subtle spooks were great and i can't wait for the whole game!

this game was a great time and genuinely made me anxious, definitely looking forward to more!

A really well made horror game. The Visual is so cool to look at. The atmosphere in the game is just fitting it's theme. Dark, cold tunnels only light up with candle lights, perfect.

The story is good. Gives you that creepy feeling the futher you get into the game and start to discover things and what is going on. The controls themselfs was a bit tricky to understand at first, but once you got use to them they are fine.

The only probem I felt is the candels themselfs. The light from the candels didn't do much in the dark areas when you brought it with you. It felt I almost could leave it for the most part, but they are necessary for the game as you say.

Reply
Raithias1 year ago
I really enjoyed the narrative and, atmospheric game you made. The suspense built up nicely! I really thought 2 things were going to happen. One of which was running away from Isabelle in a survival horror type game. Two the use of the candle playing a way bigger role in your game as, it was mentioned with big emphasis that a candle would be needed. The one part kind of required it to really set the tone of the one scene. Not sure if the candle is required or not? I'm actually really glad this wasn't a survival horror game. Like I mentioned you did a great job with the story and, keeping the player hooked from start to finish. I really drug out your short game by making sure a candle was in my hand whenever possible! :P
Reply
DragonExplosion1 year ago

Hello there. Here is part 2 of my gameplay of Isabelle. Please support my channel. Thank you.

Reply
2for1 GAMERS1 year ago

Shes waiting for you! Explore the cave to find out what happened to the girl known as ISABELLE. Join Dan on this adventure to see what really happened to ISABELLE... 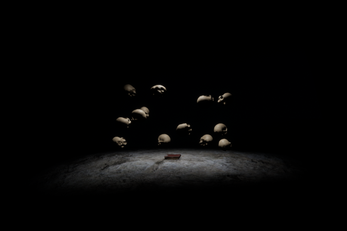 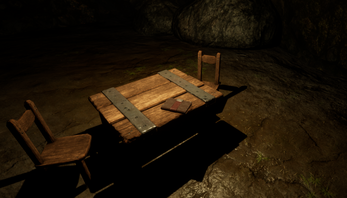 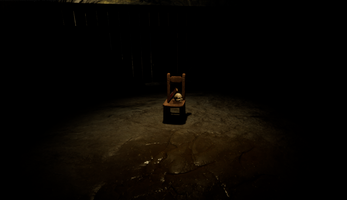 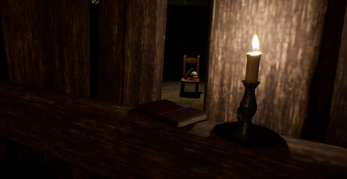 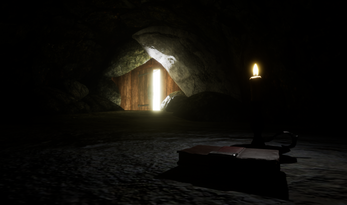 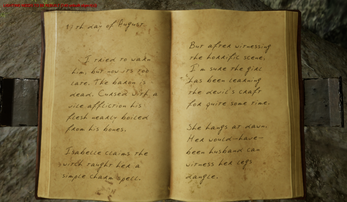